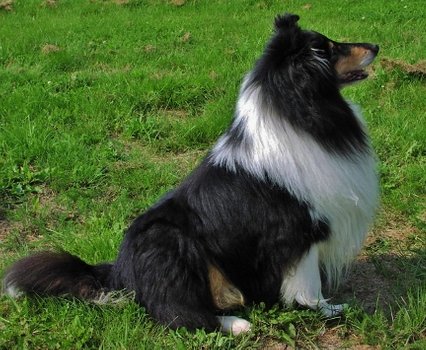 He was a real nice show dog, but his glory days are through,

And he gazes out the kennel gate, with nothing much to do.

They're loading up the van now, 'cause they're going to a show,

But his showing days are over, and he doesn't get to go.

He watches, tail a waggin', his eyes as bright as they can get,

As his crate goes in he wonders why they haven't bathed him yet.

Then your eyes meet through the kennel fence, and you have to look away,

How are you going to tell him that he's staying home today?

Retirement, they call it, now he's in his 'golden years.'

He doesn't look as old, though, when your eyes are full of tears.

And you think of all the rosettes, and the Best in Show he won,

The more he showed, the better he got, and then he had a son...

And so now for the first time, you are leaving him behind,

And trying to convince yourself he doesn't really mind.

He sees the younger dog get in, and he's looking pretty low,

But there isn't time to cheer him up, you really have to go.

He doesn't bark or climb the fence, he simply looks away

Just like a nice old show dog, whose glory days are through,

He gazes out the kennel gate, with nothing much to do.

Yes, he used to be a show dog, but the glory doesn't last

And he's gazing out the kennel gate, remembering the past. 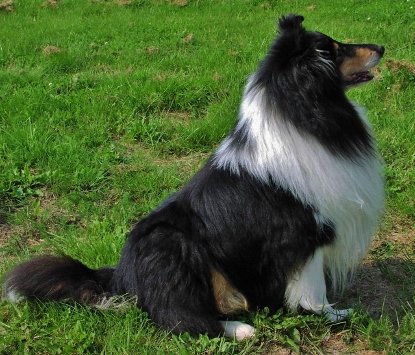