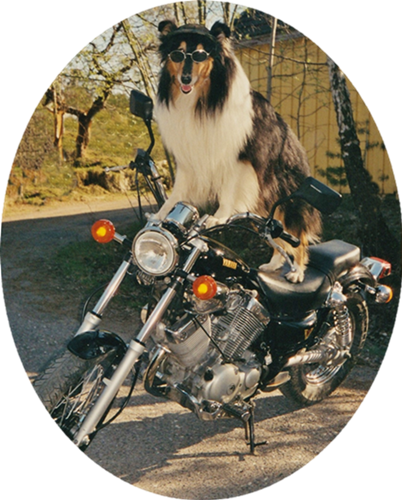 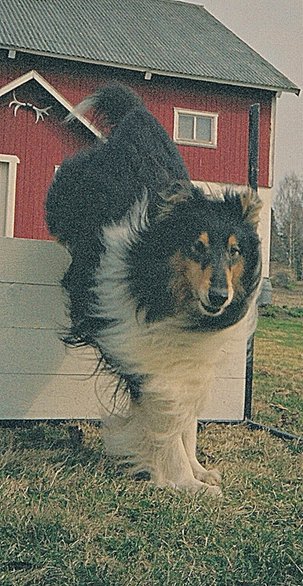 born in a HD-free litter

Pedigree
Back to Gentlemen 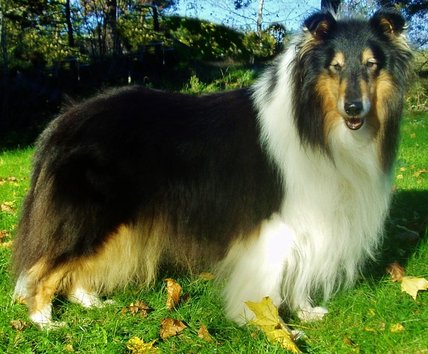 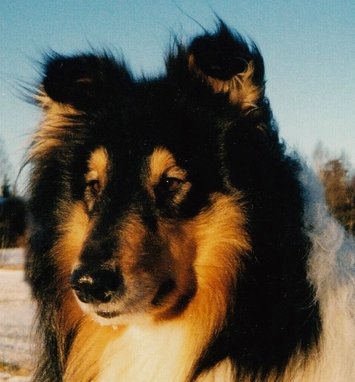 This fantastic boy, Sheppegutt is out of my B-litter, and he was born March 15 1996, in a litter of three boys.

Even after all these years I cannot forgive myself for selling him.

for his new owners - even if my gut feeling said no.

It was only the last months it seems that it was a problem.

I got a phone where the owner said he wouldn’t have him anymore,

Sheppegutt was also mating “every female” he saw in that county

according to his owner, with some puppies as the results.

It was nothing to discuss, Sheppegutt should of course come home

Thank God that he contacted me so I could buy him back.

place near a motel some km north of Oslo.  I was not allowed to see

Sheppegutt either until I had paid the owner.

him and reported the owner.

When I had paid, we went out to the cars and what I saw was not the confident and happy-go-lucky pup I had sold a couple of years before. Poor poor Sheppegutt.

He had a broken tooth, a broken toe, full of scabs on the body after having been bitten and he was also terrible thin. Extremely afraid (especially of men’s hands – hmmmmmmm wonder why).

I took him to the veterinarian, the broken tooth was pulled out but nothing could be done with his broken toe. His terrible coat (and skin) became great with good nutrition and he also gained weight.

I had to build up his trust for people especially men, and it was important to start working with him, both mentally and physical

At the beginning it was impossible to train him, he just laid down and “locked himself in a bubble”.

Gradually he “waked up”. He was starting to love working and to get challenges, he also learned that men’s hands was something to get cuddle of, treats of and nothing negative. This show how mentally strong he was born, nothing wrong with this boy’s genes.

It took 8 months before I could say he was “back to where he should be”. Tender loving care can do wonders with a lost soul.

I can’t express how much I loved this boy, he was the type that really got under your skin and stayed there. There was no mean bone in his body, It’s difficult to understand how he could be so kind after his terrible first years. A fantastic Sheppegutt.

He also became a great obedience-,

We did not compete much, but have some results in

tracking and obedience.  In conformation in NHL he

became a Champion. And in an unofficial show he was

Sheppegutt adored children, he loved to play and one of

his dearest hobbies was to climb ladders.

How I miss this fantastic boy, Sheppegutt. He was

everything I could ask for, endurance, faithfulness

and intelligence – a fantastic companion.

He is waiting for me at Rainbow Bridge, and in the

meantime he is playing with Samantha, Sammie 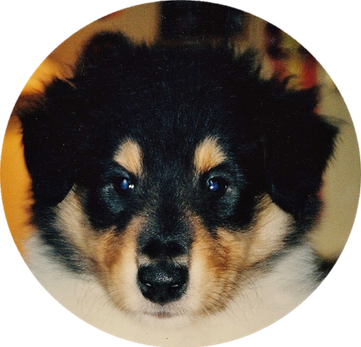 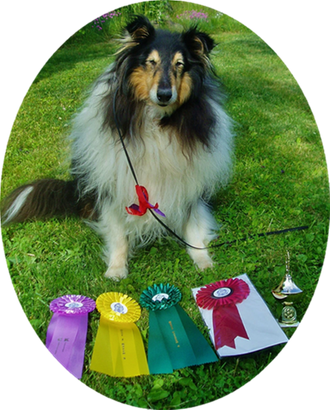 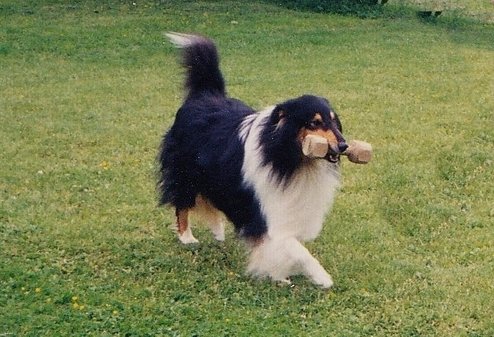 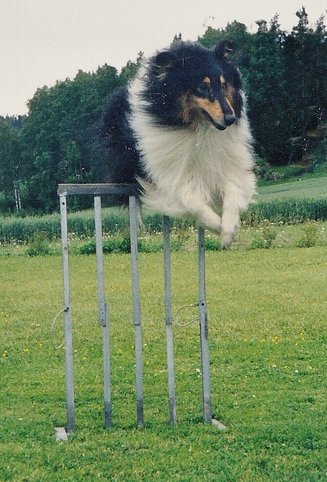 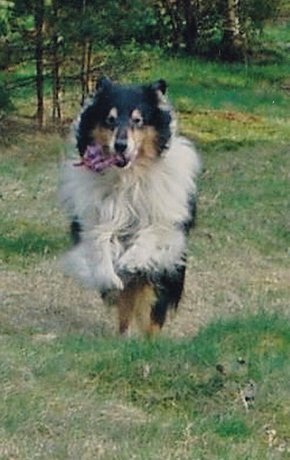 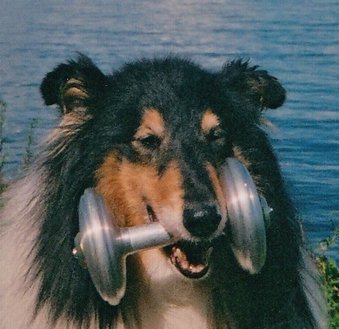 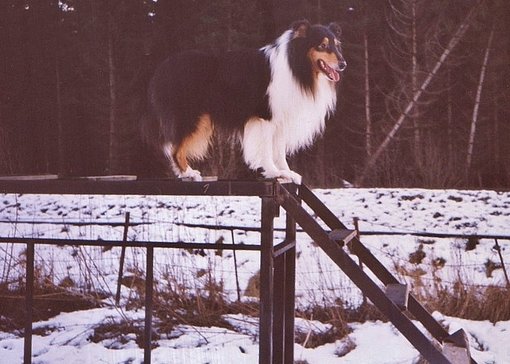 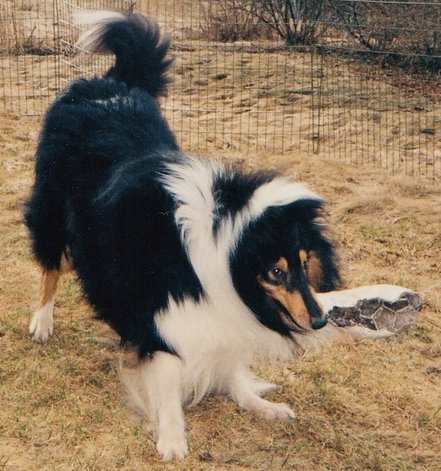 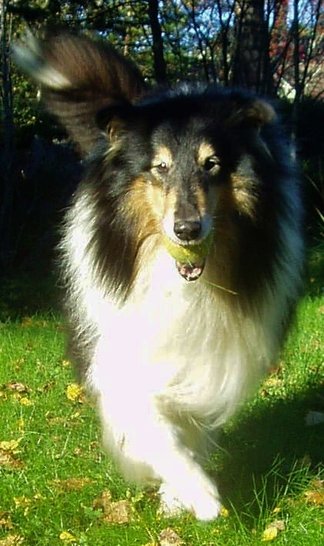 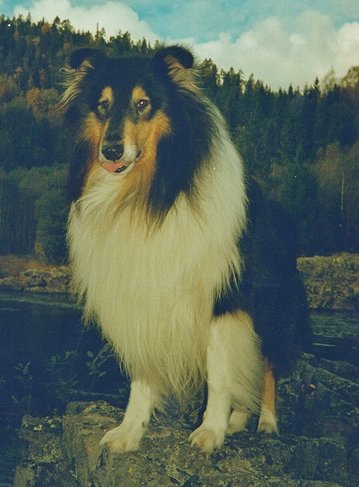 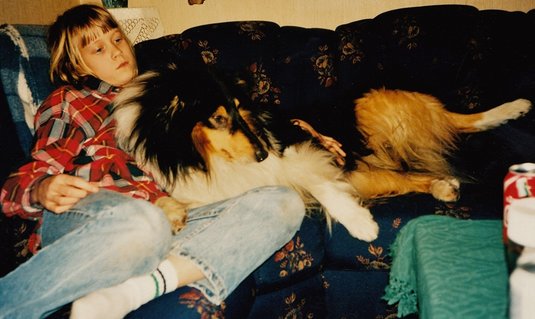 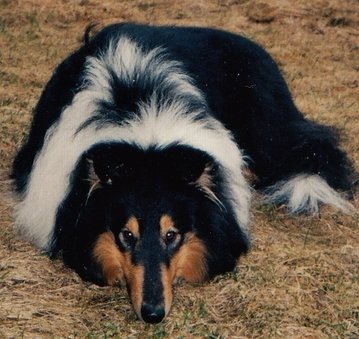 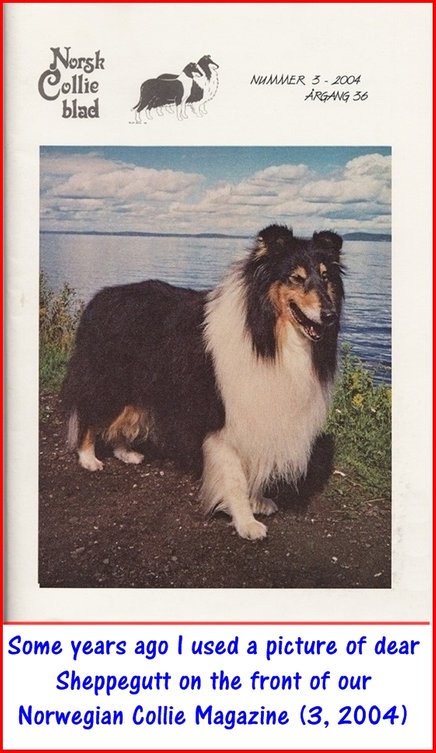 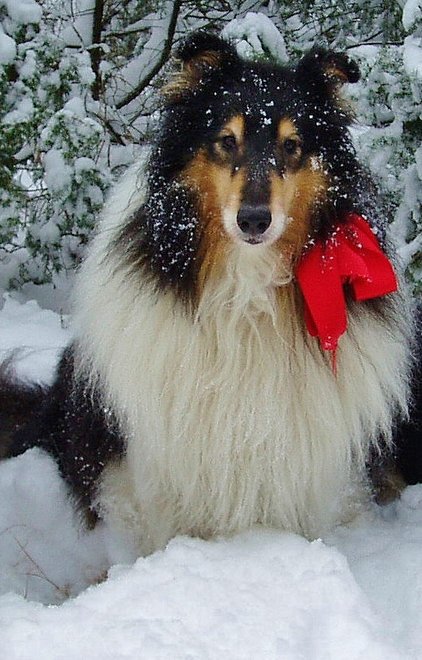